Notes From a Tool User - An Agile Blog 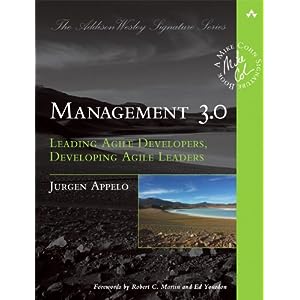 This article is an adaptation from a text out of the book “Management 3.0: Leading Agile Developers, Developing Agile Leaders,” by Jurgen Appelo. The book will be published by Addison-Wesley, in Mike Cohn’s Signature Series, and will be available in book stores near the end of 2010.

My partner and I once went to Cuba, where we unexpectedly visited a famous tobacco plantation. This happened because we had picked up a young hiker who turned out to be one of the workers at the plantation. But we had done so reluctantly, and a bit scared, because travelers are regularly warned not to take any hikers for a ride. Two years earlier, one of my best friends was robbed of all her personal belongings after picking up hikers in Cuba. It shows that, as a traveler, you have to be able to deal with uncertainty. Picking up hikers can get you either robbed or rewarded. How can you tell the difference in advance?

In Complexity: A Guided Tour , Melanie Mitchell explains that two important factors contribute to the crucial role of uncertainty in complex systems [Mitchell 2009:20]. The first is Heisenberg’s Uncertainty Principle[1]. It states that certain physical properties of elementary particles, like position and momentum, cannot be known at the same time. The more precisely one knows a particle’s position, the less precisely one knows its momentum, and vice versa. The Uncertainty Principle shows there’s a pattern of uncertainty woven into the fabric of reality. This would only have been a mildly interesting statistical oddity, if it weren’t for the second factor: the Butterfly Effect.

The Butterfly Effect[2], usually attributed to Edward Lorenz, is a metaphor for the sensitivity of a system to (uncertainty in its) initial conditions. It is said that the flapping of a butterfly’s wings in China could, theoretically, cause a thunderstorm in the United States. I’ve noticed that the metaphor is cited in many books on chaos and complexity theory. And sometimes the butterfly is in China, sometimes in India, sometimes in Brazil. But, strangely enough, the thunderstorms always end up in the United States. It made me wonder if chaos theorists have uncovered a global network of terrorist butterflies trying to aim thunderstorms at the U.S. (During our vacation in Cuba we actually got to experience a hurricane passing over the island. And I could verify that it was indeed heading for Florida. From its trajectory I estimated the butterfly to have been located on the Dutch island of Aruba.)

We must accept that our business landscape in the 21st century is as uncertain as it is complex. And it’s not getting any easier. However, uncertainty may be natural, but for many people it’s not welcome. It is certainty and safety what they hope to see in their future. And attempts at achieving certainty can lead to decision paralysis [Heath 2007:34-37]. We don’t know what to decide, because we are not certain of the outcome. Do we implement a scalable architecture now or later? Should we use Html/JQuery or Silverlight for our front-end development? Shall we pick up the hiker or not? Will we end up at a cigar factory, or at a police station?

When people are finally brave enough to make a decision they often favor risk avoidance over opportunity seeking. They look at uncertainty as something that is more likely to have a negative outcome than a positive one. (Or they estimate the cost of potential problems to be greater than the benefit of positive outcomes.) A good example is the often cited “threat” of non-native species being transported by humans from one ecosystem to another. Many environmentalists are actively trying to address this “threat.” But research has shown that only in a few percent of the cases non-native species had a significant and bad effect on existing ecosystems [Davis 2009:26]. In most other cases, the effects of “alien” species on native ecosystems were neutral, or even positive. (It is interesting to note that the honeybee is the official symbol of several states in the U.S., but it is a non-native species because it was introduced in North America from Europe in the 1600s. Perhaps the bees got there with a thunderstorm.)

Uncertainty is found in the tiniest parts of reality, and the sensitivity of complex systems to uncertainty can have far-reaching consequences. Fear of this uncertainty is common, understandable, and sometimes even necessary. But we should not allow it to turn into fear of change itself.

Get a FREE e-book copy of Five Steps Towards Creating High-Performance Teams and put your team on the path to high-performance success.
CLICK HERE